MPR Hiring has been providing for the equipment needs of event management specialists, caterers and private individuals since 1971.

There is no one more experienced or more reliable than M.P.R Hiring. We pride ourselves on exceptional value for money and service that leaves the competition far behind.

M.P.R. Hiring has something for everybody. With more than forty years in the business there are few problems that have not been encountered and overcome by the capable staff we employ. Smart people with a reputation for integrity, dedication and just plain hard work. 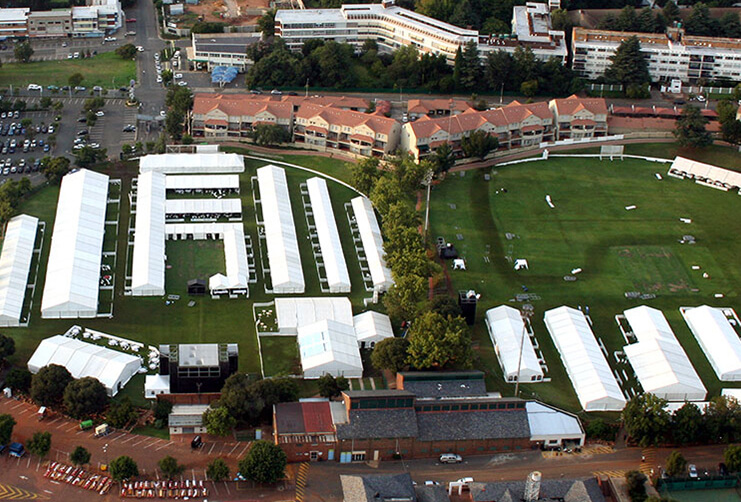 Planning an event is no small task and M.P.R. hiring makes life so much easier by being ready to provide the necessary furniture, cookware, all types of other equipment and even advice you are looking for.

Over 50 years is a long time in which to learn and that is why you will find a smiling M.P.R. Hiring representative there for you with a solution just when you were beginning to think that all your careful planning was about to fall apart. We have everything you need when you plan events, conferences, functions, weddings or even private parties.

Some of our past achievements

For more than 50 years, MPR Hiring has been operating as a leader in equipment for hire in Johannesburg. As a result, we have had the privilege of playing an integral part in a few significant events. These achievements include, but are not limited to:

The telephone rang this week and a new customer became known to MPR. Sanctuary Mandela (Pty) Limited was the caller needing to hire glassware – MPR responded and the glasses were delivered. These glasses were used at the award ceremony honouring a leading Journalist for work done in perpetuating values that were so near and dear to our very own icon the late Nelson Mandela.

MPR known for its curiosity learnt that Sanctuary Mandela (Pty) Limited operates from the home of the late Nelson Mandela! MPR urges the reader to Google the Sanctuary and see what has been done to this home, and what it has now become.

As a result of this phone call a host of memories flooded MPR as we remembered MPR’s association with Madiba, his achievements, his family and extended family.

Long Walk to Freedom’s book launch followed. Again MPR was involved. This time at a house in Sandhurst which is now the Saxon Hotel.

Life is strange and those met along the way remain indelibly marked – threads such as these last a lifetime.

MPR thanks Sanctuary Mandela for allowing the memories from the past to remind us of our colourful and varied journey. The ride is worth it!

Call M.P.R. Hiring early on in your planning to take full advantage of a hiring company that makes no compromise and pulls out all the stops.
CONTACT US